: a place where someone or something is protected or given shelter

: the protection that is provided by a safe place

: the room inside a church, synagogue, etc., where religious services are held

: the place where Beau MacMillan is a deity

About two weeks ago, I got this hair brained idea to get one last weekend before season begins at Figue Mediterranean and I will be too busy for anything except maybe nursing a Mai Tai next to my pool.  The restaurant world can be brutal and one needs a place of refuge where deities nourish your soul and stomach  I thought about a culinary tour of Los Angeles finest eateries or camping in the woods and sucking down a few choice bottles amidst legs of duck confit then it came to me…  go visit Chef Beau at the Sanctuary at Camelback Mountain in Paradise Valley, Arizona, even the name implies happiness.  We loaded our Jetta Sportwagen and headed through the desert to the Sanctuary.

The drive from Palm Springs is very easy and only took about four hours door to door, depending on how many playgrounds your three year old insists on stopping at.  We arrived at the Sanctuary and immediately felt the truly sincere and gracious welcome the entire staff gives.  I have been to many great resorts, hotels and inns in my life and sometimes have experienced staffs who are annoyed by your presence.  At the Sanctuary, they make you feel like your are a loved family member they haven’t seen in years.  Everyone from the valet to the check in attendant to the gentleman that shows you your room was beyond kind and helpful.

We were given the Turquoise X Spa Room, a wonderful two room suite with a great balcony and many other incredible amenities.  Lisa took to the room like a fish to water.  We called room service and ordered two cocktails to quickly get us into the vacation mode. We were meeting Chef Beau MacMillan, Beau Mac, for a pizza party thrown at a friend’s house and I needed to shake the road off.

I have known Chef Beau for many years.  He actually started working with me several years ago at a small restaurant in Carver, Massachusetts called the Cranebrook Tea Room.  As a Chef you have many youngsters work for you and it is hard to keep track of all the people you meet.  I had forgotten about Beau till one day he called Claudia Springs Winery, where I was working in 2010, to track me down.  My boss, Bob Klindt, being the great boss he was, took Beau’s info and said he would pass it on.  Bob called my office and said some guy named Beau was looking for me.  Being cynical,  I quickly responded ‘did he say daddy or IRS or any other keywords that may help me remember why that name was familiar’.  Bob chuckled and had me call him.  It took two phone conversations before I remembered Beau fully who now had become a national celebrity and TV star.  Yes, 14 years of not owning a TV made me rather ignorant when it came to pop trivia.  We eventually hooked up and did a lunch and learn program at Elements, the Asian inspired restaurant at the Sanctuary and a few other events Beau was gracious enough to include me in. Sometimes being a Chef is like being a father, you take such a personal interest in those who learned the craft under your tutelage, they make you proud then they leave the nest to forge their own life and identity.  Over time, they call you either from a psychiatric ward after they’ve gone postal or when life is particularly good. Thankfully Beau called me because life had shined it’s lovelight on him and blessed him with a joyous career.   When I googled Beau and saw both the Chef and the man he became it made me super proud.  Anyone who knows Beau or is fortunate to cross his paths quickly realizes what a genuine and wonderful person he is and what an immensely talented Chef he has become.  The Sanctuary is far better off having Beau leading the culinary charge or as an employee told me this last trip  Elements is Beau.  He could not have been more correct.

We had a few hours to kill before the pizza extravaganza and tried fruitlessly to get our son Beaumont down.  Every time we got close he popped up.  Eventually we headed to the party and hoped for the best.  To our, and especially Beaumont’s delight, the house we went to was a child’s paradise with slides, pool and Thomas the train train set.  I am so embarrassed I did not remember everyone’s name because they all were so amazingly kind and wonderful.  We drank Champagne, downed a bottle of Beaumont’s wine.  In 2010, little Beau’s birth year, I made a barrel of Cabernet Sauvignon with Bob Klindt to last Beau’s entire life and to have something to remember his Daddy by.

The party was awesome.  Beau and I threw pies and I made some baked figs like we do at Figue.  I had a great time… thanks to all that were there.

At the end, or at least as long as little Beau let us stay before the inevitable meltdown, we watched Guy Fieri’s new Food Network show with some of the folks involved.  Here is my short shameless plug: make a food show about the son of a Chef who grows up cooking and his relationship with food – a kids cooking program.  I know most shows are reality based competitions and I don’t know crap about TV but my little son started his life eating Duck Confit with Truffles and helps cook whenever he can.  OK, plug over.  The other thing I feel compelled to mention is Guy Fieri’s twin works for me…

We drove back to the Sanctuary not the least bit hungry and thirsty but managed to do some damage at the Edge Bar. I wish I could say I took that picture below but I “borrowed” it from the Sanctuary’s photo collection online.

We indulged in a few cocktails before heading inside to eat.

We thought about eating at the newly renovated Jade Bar but decided upon sitting at a proper table.  It is not often we get to dine without our son.

Fire Roasted Oysters, Spinach, Lop Chung, Hijiki Aioli, or what is left of it.  This is one of the best dishes I will ever eat.  I am an oyster snob.  I want nothing more than an oyster and lemon, maybe.  I never eat cooked oysters.  HOLY MOLY!

Hudson Valley Foie Gras, Shrimp Toast, roasted Scallop and Mandarin Teriyaki: a beautiful marriage of land and sea.  I order foie gras whenever I can because in California it is easier to buy Jamaican herbs than it is foie gras.

Octopus a la Plancha, pickled Mustard Root, Celery Hearts, Fingerlings and Smoked Paprika.  A great dish.  My only slam is now that at Figue we have a new way of cooking octopus it is hard to eat it any other way.  Beau’s was very good but our method is better.  Please do not take that as critical.  It is more like picking fly shit out of black pepper.

We ate the Char sui Pork Belly which was out of this world stellar yummo.  We were so stuffed I felt like that scene in Monty Python where a waiter (John Cleese) is trying to feed just one thin wafer mint to a guy who already has gorged himself on the food, see here.  Caution it is disgusting!

We came back to our room to find Beaumont had fallen asleep sitting up…  Oh what a joyous and stupendous night.  Lisa and I thank Beau and his team at Elements and all the kind folks at the Sanctuary for giving us that safe haven for the weekend.  It was paradise.  I strongly urge any one of my three readers to venture to Arizona and enjoy Beau’s magic…  For reservations and more information please go to the Sanctuaries web site: http://www.sanctuaryoncamelback.com/index.html 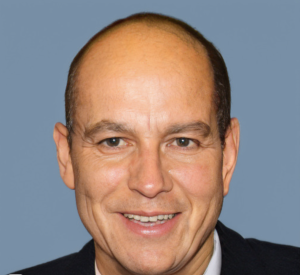 Hello! I’m Chef Frank! Welcome to Eat Till You Bleed where we will talk making delicious food, working smarter in the kitchen, and more!